In the beginning...There was a plane ride.

At moment I’m watching  How to Train Your Dragon, Breakfast At Tiffanys, Good Will Hunting and Star Trek all at the same time. There’s flight attendant bringing around water and another bringing around wine. I chose one of them. There’s a nearby line at the bathroom and the AC is on just a bit too much. It’s 10:30pm in my head and 4:30am where I’m about to end up.  It Delta flight 38 at 42,000 feet and I’ve 3 hours and 52 minutes until London. 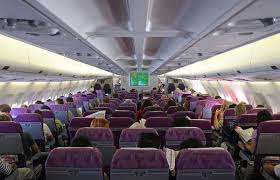 I’m pretty sure I was a bit of a wreck the last few days…at least in my head. I felt I had too many loose ends to tie up, too many car reservations to make and the PIN number for my new bank card hadn’t come. Not to mention we’re on our way to Europe for 3 ½ months. Then in one fail swoop I figured out that the PIN number for the new card was the same as the old card and well hell, we’ve been on the road in the States for 9 months. Cake walk right! Did I mention that we’re sitting right by the bathroom and the line just never really goes away. Neither does the airplane bathroom fresh smell or the constant  swoosh just before the door lock slides to let you know the toilet is vacant again.
Oh that Audrey!
We’ll take a bus ride across London in a few hours and then there will undoubtedly be a controversy at the Easy Jet counter involving my guitar. It will likely involve numbers of bags and 20 kilograms will also come up. I fear it will be expensive and a primary reason why I’ll not visit that counter ever again. 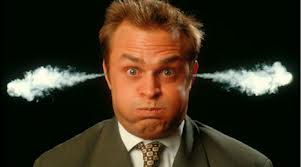 We’ll wish for the best.
In any case, we’ll then make our way to Basel, Switzerland to meet Kristina our Swiss agent. We’ll have a drink maybe, get the keys to her place and go there. Then, we will take a nap.

Holy hell that trip took damn near forever. I’ve now been up for 31 hours having spent just over 10 hours on an airplane, 8 hours in 3 various airports and about 3 hours in a car….most of which was spent driving aimlessly in circles looking for parking in Basel. 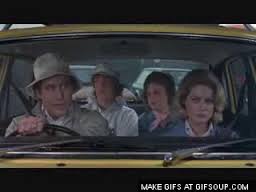 The first flight was fine as mentioned in the prior episode. Customs in London was a bit eerie because they expected me to be working there as the agent knew I’d done for the last couple of years. I assured him I’d be back in a few weeks and he smiled and said “see you then.”  Jess thought she’d get some snacks for the plane and picked up baby carrots and some H.M.D. To those of you who don’t know that would be Hummus of Mass Destruction. Who knew 5 ounces of unopened hummus was as dangerous to bring through security as a pipe bomb. Needless to say we lost the hummus.
Easy Jet was easy. They totally gave me one bag for free and let me walk my guitar up to the plane. They even carried it off themselves with someone’s own two hands. Then they let us walk out of the airplane and down the steps onto the runway just like the Beatles. Go Easy Jet!
Just like last year we ended up with a bigger diesel car due to a mix up. This year it’s a Peugot Megane 1.5 DCI. It has a Bluetooth Radio and navigation built in to the dash. Navigation was an extra charge on the first/wrong car. It reminded me of when Jess booked the hotel in Ireland on Hotels.com in front of the hotel, using their WiFi for less than they had quoted us at the desk.
Just now there was a German couple arguing on the street. I think a good heated argument, one which I'm not directly involved with, in a language I don’t understand is like a killer guitar solo. ….who needs to listen to the words.
Jess just made dinner. You know what’s awesome. Curry. It may be time for a nap soon.
Posted by Josh Harty at 07:44