It's definitely not the same spending an American holiday in Ireland, but I can't complain. We're in Monaghan tonight, near the border with Northern Ireland, at a very cool pub called McKenna's. The last few days have been full of spectacular scenery, unusual weather and some of the nicest people in the world. Jess was so inspired, that she wrote about it on her blog, Wanderlost.  I thought it was pretty awesome, so I'm re-posting it. Enjoy!

Giving Thanks
Thanksgiving 2012. . . sitting in a pub in Monaghan, Ireland.  Josh and I just had a Thanksgiving "feast" of cheap, mediocre Chinese food in the empty restaurant next door. I couldn't be more thankful.
We're already nearly 6 weeks into our 9 week European tour, which is just the beginning of a year-long mega tour. I have been meaning to write for all of this time, but just haven't found the time/ energy/ inspiration/ wi-fi connection. Until now.
We've been having a fantastic time- after a month in England we're now into our second week in Ireland. Throughout our travels and Josh's gigs we've met dozens of truly wonderful people. No one in either of these countries has made us feel like an outsider. However, it can be really exhausting, mentally and physically, traveling nearly every day, sleeping in other peoples' houses (sometimes strangers) or dusty hotel rooms. And since Josh has a show almost every night, the late-night pub culture is especially tiring. I certainly can't complain, though, because I don't have to entertain people night after night like he does (I also don't do any of the driving. . .).
I had been feeling really fatigued the last week or so, like all of this traveling and socializing and late-night partying was starting to catch up to me all at once. But yesterday, in the remote west coast town of Clifden, was a turning point. Two extraordinary events caused me to reflect on why I chose to go along with this year of touring (besides doing it for Josh's career), and why I am so grateful to be where I am.
After checking in to the Abbeyglen hotel, a converted castle-come-hotel that we got a really, really good off-season deal on, Josh and I went into the lobby for tea and a warm fire. Within a few minutes of sitting down, we were joined by a much older gentleman who was having tea and asked if he could join us. His name is Tom Conelly and he has lived in Clifden his whole life, though he's traveled all over the world. He told us that for 5 or 6 decades he has helped tourists who come to Ireland find their Irish ancestors and sometimes living relatives. Five years ago, he and his wife took a trip to Wisconsin where Tom's aunt had immigrated a century ago. They were greeted by something like 150 distant relatives, who all wanted to meet their Irish family. This was the last big trip Tom took. His wife died a couple years later, and since then he says he can't bring himself to leave Clifden. He tried to describe why traveling by himself just isn't possible. . . the most touching thing he said was that if he went somewhere and his collar was messed up, there would be no one there to fix it. I think traveling was probably something that he and his wife had always enjoyed doing together, and it just seemed wrong and pointless for him to travel without her. This made me tear up, of course, and also reminded me of how lucky I am to get to travel all over the world with Josh. We've had so many adventures over the years that now on the rare occasion that I go on a trip without him, it feels terribly wrong. This is why, when months ago he brought up the idea of giving up our apartment and touring for a year, I didn't hesitate. Home isn't necessarily where you keep your things, after all.
So after this interesting tea-time conversation, we said our goodbyes to Tom, who had just remembered that he was supposed to be at a funeral. Besides, we had to get to dinner and then to Josh's gig at the Boathouse Club. This unique venue was kind of out of the way- down a tiny country road (which we drove in complete darkness), on the water. However, there was a good crowd of about 25-30 people who were really excited for the first ever music performance at the Boathouse. About 10 minutes into the show, a sudden lightning storm started up. It was a beautiful, dramatic backdrop to Josh's performance, and probably rivaled him for people's attention. Then Josh took a set brake, during which there was a loud crack and all the lights went out! Luckily, there were already candles on most of the tables, and the room was so small that Josh didn't really need a PA system. So we  decided that the show would go on. . . unplugged. Peter, the bartender, and Simon, the manager, hurriedly put out more candles and everyone huddled around the small fireplace in the corner of the pub. The show was already going well, but this new intimate setting made it great. Suddenly, there was a real sense of community- all of us coming together, against the elements, for the love of music. This is the second reason I am on this journey with Josh. Despite the fact that there have been days where I just want to put on pj's, crawl into my own bed and not talk to anyone, there are also days like this where unexpected things happen and I end up in a beautiful place with wonderful people and a real sense of belonging, thousands of miles from home.

Today was the first day off in 8 days and I've welcomed it with open arms. What did we do on a day off you ask? Well I'm glad to tell you.....we did this. 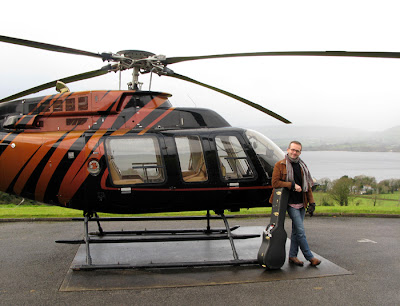 And it was cool enough to warrant more pictures. 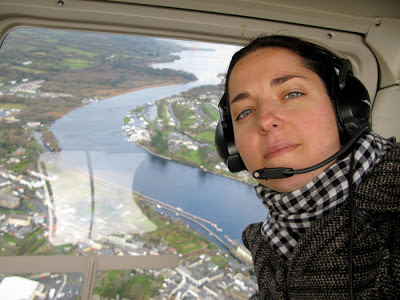 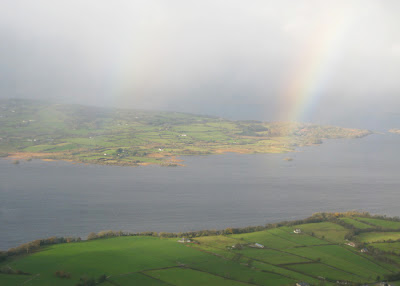 How did we do this you ask? Well, I've spent the last few days playing shows with Ted O'Connor whom I met last year at Larkins and we were able to put a few dates together for the tour this year. And, it just so happens that Ted is a pilot and also happens to own a Bell 407(a 7 passenger commercial helicopter). I'm thinking this will be transport for the next tour here in Ireland.

So this last run started in Dublin where I was able to finally get the guitar sorted out with the help of an emergency shipment of Waverly machine heads(tuners) from the States via some top level management from Josh Harty Inc. We then headed out with the whole company team via Qashqai to Ballymore Eustace for an evening of music at Mick Murphy's Stage Inn. Thanks Roy Thompson for a great night! Thanks to the Ballymore Inn for the chowder.

We then headed south to County Wexford, Wexford Town and the Sky & the Ground for the Candlelight Sessions. From the moment I walked into the place I knew it was going to be fantastic. The place looked amazing, the staff was amazing, and Ha Ha Tonka had been there the previous week. I also grasped the opportunity to teach them the gospel according to the Weary Traveler Freehouse. 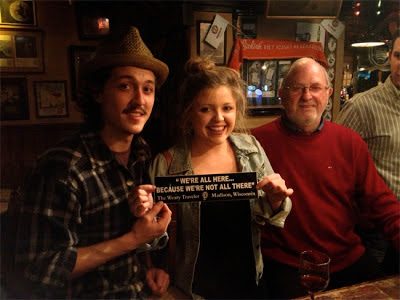 We then drove from the southeast of Ireland to the more northwest of Ireland and found ourselves in Galway for a house concert with our great friend Brid. Next day we motored to Camus which is in Connemara and also one of the coolest landscapes I've ever seen. Bogs, rock, and peat moss....gorgeous.  Connemara is perhaps the most Irish speaking regions in Ireland and you know it as soon as you get there. The cadence of the language is incredibly smooth and hovers beautifully in a room. The show was followed by a traditional Irish session and it turned out nearly everyone who came to the show was a musician. Awesome.

This brings us to Tipperary, the McGraths(our incredible hosts who are amazing and welcome us kindly via Mr. Tim Quigley), more wonderful shows, Ted O'Connor and the helicopter, chopper, or Huey....whichever you prefer.

Cathedrals, Craigs, and Castles....Oh My.