I feel like I'm dancing at the moment, but the stinging is happening too. We just came back to Atlanta after a 10 day tour to South Carolina, North Carolina, and Tennessee. Primarily Charleston, Columbia, Asheville, and Knoxville. We've also started a sticker montage on the back of the van in the shape of the USA and having just filled in 4 in the Southeast we're feeling quite accomplished. I've also now been part of a police interaction in both Georgia and South Carolina and I do declare that South Carolina wins in the gentlemen-like police dude category. That said, don't let me forget my court date in Dekalb County Court February 8th.

So we went to Charleston and it was 80 d#%& degrees ABOVE zero. I know this is awesome and I'm sorry to rub it in but having grown up in North Dakota and spent the last 10 years in Wisconsin I feel I have the right to be jubilant about a sunny 80 degree January day. We walked, we saw the Charleston...in Charleston, went kayaking in the Atlantic, went to the beach and played a pretty righteous show at a BBQ joint on Sullivan's Island. I've played many a show in clubs that leave the stench of stale beer and cigarettes lingering in your guitar case and I must say I prefer the glorious aroma of pork tacos to greet me the next day when I go to play. We also played the Awendaw Green. Don't ask any questions just Google it and go there as soon as you can. 52 Wednesdays a year you'll find some of the best music in the country, a wood fired oven making killer pizza, a grill, an oyster roast(oysters harvested that day) and it's only a $5 donation to get in. Oh, did I mention it's BYOB. Played with Caroline Aiken....that was pretty cool. 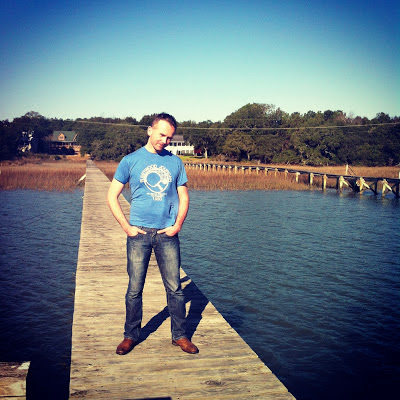 We were in Asheville last year about this time but it was windy, blizzard-ish, and cold. This time was far nicer and we had a few days to hang around. We also had far better accommodations than the Super 8 off I-40 . . . Jim and Elisa put on a fantastic house concert and we even had a sing-along. Also had an in-room fireplace and got to watch the Falcons not fly as well as the Ravens.

Knoxville. I think I could like me some Knoxville. WDVX hosts the Blue Plate Special and I'm so glad to have gotten in on the menu. Being Martin Luther King Day and the Presidential Inaguration I assumed it might be a slow lunch time concert in Tennessee....but I was waaaaay wrong. Not only did we meet Heather Mae and Bethel Steele (two enormously fine people, songwriters, and performers), but the show was wonderful. Oh, and the Girl Scouts were there with free cookie samples. Clearly, one of the best shows ever....right?

Alright, getting ready to head to Alabama to open for Eric Taylor. Haven't seen him since the show in London at the Green Note. Then, we head to Nashville. Folks have been asking me since I was 8 years old if I was going to go to Nashville. Well, yes....I am. 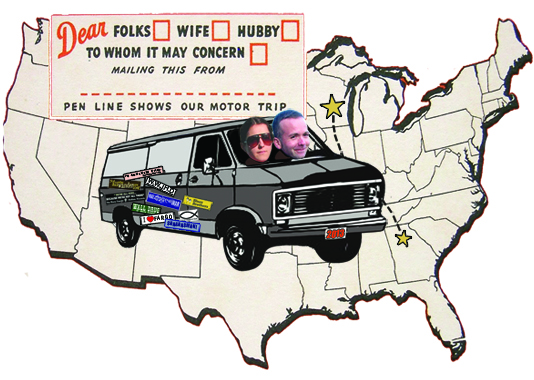